A Child’s Academy has been offering some of the best preschool programs in Florida for nearly 40 years. Our dedication to providing quality early childhood education is second to none. We have a caring team of childcare professionals who go above and beyond to provide the families we care for with peace of mind and a love for their child’s preschool. In this post, we wanted to discuss the role of play in the development of young children which has been well documented. Here’s a look at the “six stages of play” as outlined by noted sociologist Mildred Parten.

Parten studied play while at the Institute of Child Development in Minnesota. Her study suggested that when children engaged in active playtime, they learned how to interact with other children, cooperate, share and make friends.Parten stated that children’s play changed as they developed, going through six distinct stages that generally, but not always, correspond to children’s ages:

Kiddie Academy Gainesville FL | Tips for a Smoother Drop Off 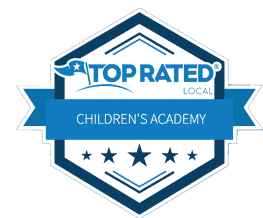